This is a classic South Indian ganja landrace from Idukki District, Kerala.

Keralan landraces are renowned for their intensely positive and stimulating ‘Sativa’ high. They’ve played a crucial role in the creation of modern hybrids such as Haze and White Widow. The equatorial highland district of Idukki, where this landrace was collected, is Kerala’s most renowned historic centre of ganja cultivation.

This Idukki landrace is a true tropical Sativa-type strain, ranging between 2 and 4 metres tall, with characteristic bamboo-like leaflets. ‘Creeper’ and ‘Christmas-tree’ architecture can be exhibited. Buds are loose and resinous with minty, peppery, and fruity aromas, yielding a smooth, sweet smoke. Above all, it’s characterized by the energising positivity of its high.

In Kerala, Cannabis is typically planted from June to July, and harvests are from December to early February. Traditionally, farmers have favoured a later harvest.

This recent 2015 accession has exhibited exceptionally early maturing variants that can be ready by early November. The morphology of the plants does not suggest hybrid contamination, and neither does the aroma. The fast finish appears to be the result of decades of pressure from eradication programs, which have caused farmers to keep seeds from early plants.

Standout individual plants of this landrace show great potency and will have the characteristic elevating Idukki effect. A recent test reported 17.63% THC (or 14.86% THC, depending on how the result is interpreted). Modest quantities of THCV were present. No CBD was exhibited, as expected for a true South Indian landrace. Mid- to high-teens THC is typical for this strain.

NOTE: This batch of seeds is the second generation from the original accession and has been reproduced ex-situ through open pollination. 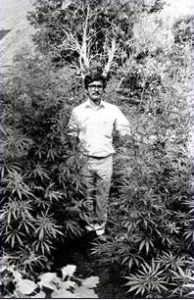 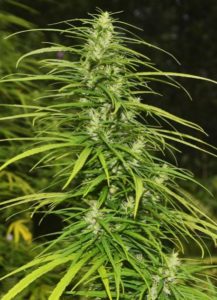 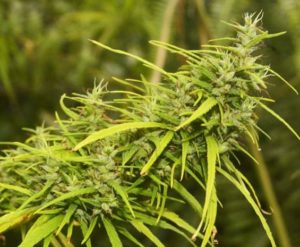 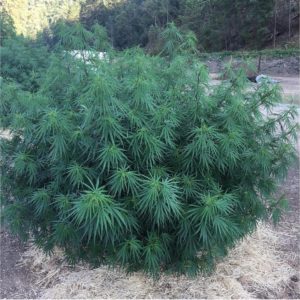 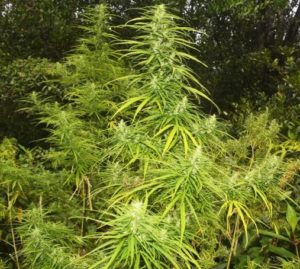 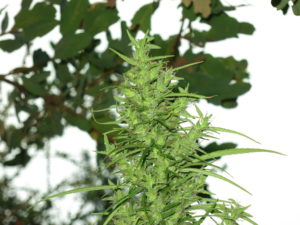 Early Kerala variant in the Pacific Northwest, USA. Cut on November 6th. Other strains got hit by powdery mildew. The Kerala didn’t. 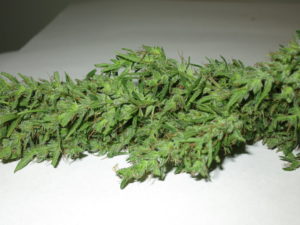